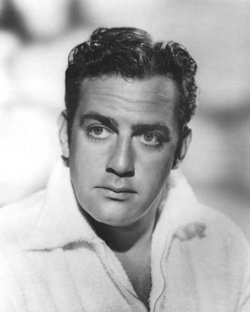 As far as I can determine, only two biographies have been published on the actor Raymond Burr, who died in 1993. They are Hiding in Plain Sight: The Secret Life of Raymond Burr by Michael Seth Starr (2009), published by Applause Theatre and Cinema Books; and Raymond Burr: A Film, Radio, and Television Biography by Ona L. Hill (1999), published by McFarland and Company. Both books have had less-than-scintillating reviews because neither digs deep enough to offer truly new insights into “the complex man who transformed himself from B-movie thug to television’s beloved attorney, Perry Mason” [from Publishers Weekly review of Starr’s book]. Part of the complexity of the man was that he told many lies about himself during his years in Hollywood (e.g., he never really did an acting tour that put him on the London stage; he never really had those wives he claimed; and much more). I gather from Wikipedia’s information about Burr that the first biography (by Hill in 1999) didn’t even uncover many of the untruths but put them in the book as facts.

A few months ago I received an email from a friend in which he reminisced about a personal interaction with Raymond Burr during the Korean War. He has given me permission to quote him here. The following is a first-hand account written by Charles C. Bragg about the actor Raymond Burr.

“[A recent Newsweek article] triggered fond memories of the visit by Raymond Burr to the Korean conflict. You may recall him as a player of the heavy in film roles and later in the long running Perry Mason TV series. He had a young couple as assistants, no photographer, spent only a two-hour courtesy lunch with the HQ brass, then on to the front, where he spent his time with the troops at the lowest unit level, one after another. The Army issued him a jeep with a trailer and a driver for the duration of his tour. One of his early stops was at our airstrip, and he took a liking to the occupants of my tent, which housed two pilots and two observers, a potbellied stove, and a little lounge area we had constructed apart from the sleeping area where the cots were set up. He ASKED if he could stay with us and let our little wickiup be his base from which he could sally forth in the morning, visit units on the line all day, and come home to sack out with us at night. Of course!

“Now, Ray Burr was a big guy with a capital B. We scrounged a couple of cots, three air mattresses and two sleeping bags, extra blankets, fastened it all together, and made it work. All he wanted was a place to crash at night for his crew, who also were accommodated in other tents, and for himself so he wouldn’t be imposing on the last unit he visited each day. He ate his 3 daily meals with whichever unit he was at when chow time came, whatever the rations might be. He was with us for about ten nights as I recall and stayed the last full day and night with us to just relax before moving over to the Eastern sector.

“In addition to being a marvelous raconteur with a great sense of humor, he was an accomplished chef and he delighted in taking over our mess facility for the last evening meal. Now, the Army bought the best quality food it could get; only Kobe beef from Japan was good enough for US troops! But we were chronically without any of the more exotic herbs. What was issued, however, was enough to exceed the limited skills of GI mess personnel, so in the hands of an expert, even what the mess section had to work with was sufficient to produce a meal, the quality of which stunned us and inflicted endless derision on our personnel. Anyway, it was a meal and evening to remember as Ray played bartender and chef and he loved every minute of it. A humble, giving, selfless, sensitive guy.

“We corresponded a few times after the war as I suspect he faithfully did with many others, and I never got around to accepting his invitation to visit when on the West Coast. In his retirement years, his great love was his greenhouse and his extensive development of new strains of orchids.”