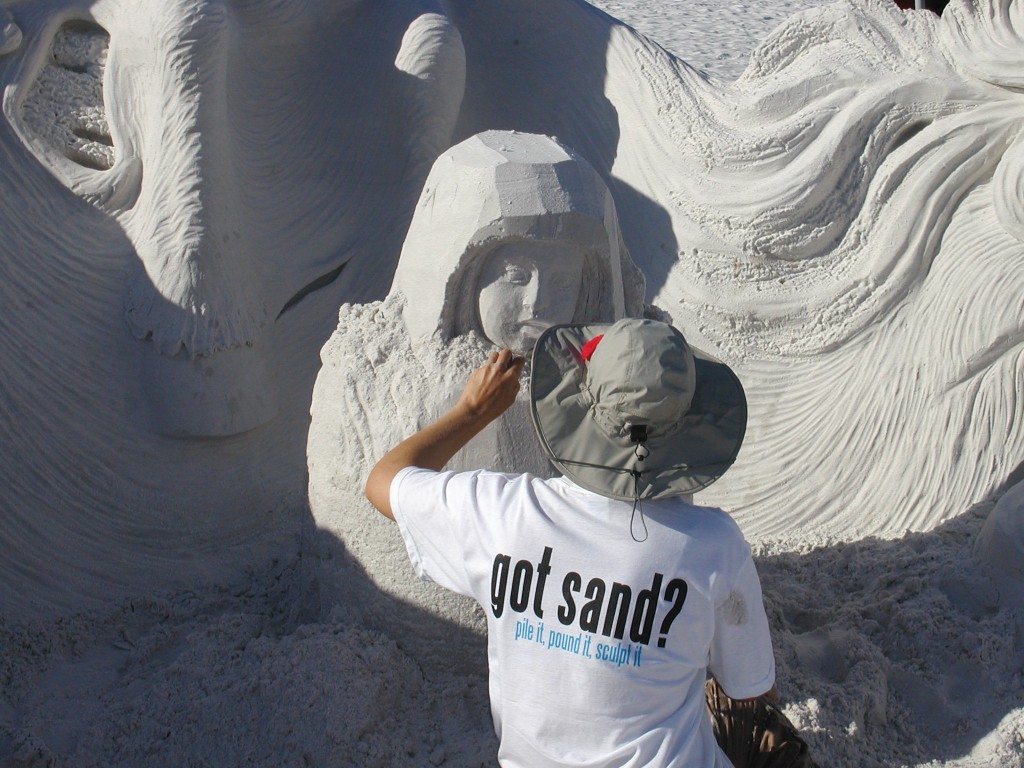 For a few days in November, world-renowned sand sculptors worked their magic at the second annual Siesta Key Crystal Classic Master sand-sculpting competition in Sarasota, FL. Talk about attention to detail. The sculptors had to keep the sand just the right amount of moist during sculpting and had to wield just the right attiudes of angle with their trowels, even as they had to respond with aplomb to curious onlookers’ questions. I was aware of the preplanning they all had to do, too, to consider what would please both the public and the judges and still not be impossible to create in the time allotted.

You’ve heard the term “miserable failure.” That would have been a fallen sand sculpture when there was no time left to repair or begin again. And, changing the subject to writing, the term could be applied to my experience with NaNoWriMo (National Novel Writing Month) this past November. I didn’t meet the 50,000-word goal that would declare me a winner, as I did in 2009 and 2010. I wrote only 8,047 words. Nevertheless, I’m a satisfied failure. Here’s why:

So, why am I satisfied? I’m grateful I got any writing done at all, given the gyrations my inner writer was going through. When I reread the portions I did write, I think they’re definitely on to something and read like a good book. I look forward to working on this one slowly and lovingly over time, wherever it’s going to lead. I never would have started this particular novel if I hadn’t entered and given NaNoWriMo 2011 a chance to act on me. Sand sculptors at this year’s Siesta Key Classic didn’t have that luxury. Happily, they all made deadline and gave their fans much to rave about.

2 Responses to False Start on NaNoWriMo 2011