Reintroducing My “For Fun” Page 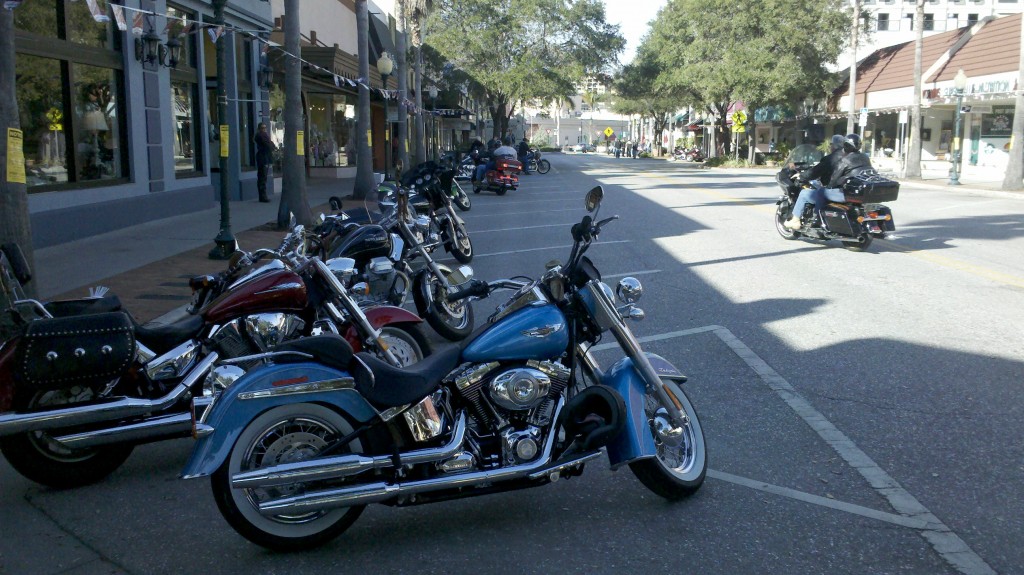 How do you define fun?

I took this picture during a motorcyclists’ convention in Sarasota. Hubby Gary owned a motorcycle before I knew him, and he has told me at least one tale about it that I won’t repeat in polite company (let alone in my blog). And the mother of a friend of mine enjoyed being given a ride about town on one for her 80-something birthday. I think it was one lovingly referred to as a geezer mobile.

I may be the only person I know who has never ridden a motorcycle. I can imagine being talked into it sometime, but I’ve yet to be in that place and time. Now, I don’t mean to imply that if something doesn’t involve a book, I won’t have fun. It’s just that if it does involve a book, I will have fun.

This morning I updated my menu-tabbed page “For Fun.” I did some things that improve the order and appearance of the contents, and I won’t bore you with those details. But I’d like to reintroduce you to the page today by directing your attention to it. Also, I’ve added another example to the Figurative Language portion of the page. Scroll down to that section (appreciating all the stuff above it), and see the new quotation at the end of the “About Anything Else” subsection. No one writes figurative language like David Sedaris.

What did you do for fun this week?

This entry was posted in About the Blog and tagged figurative language, metaphors, reading suggestions. Bookmark the permalink.