Books Do Their Job

My personal reading preferences include memoirs, suspense fiction, literary fiction, and only a little nonfiction. I read to learn about other people or to be entertained; only rarely do I read for pleasure in order to be “educated.” I have always had enough of the latter in my schooling and in my former career in textbook publishing. Still, now and then, I grab a book that is going to educate me in some way. 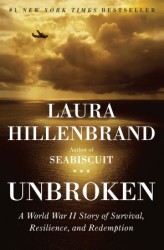 A few months ago I read Laura Hillenbrand’s new book, Unbroken. It describes in minute, thoroughly researched detail one man’s (Louis Zamperini’s) horrific experiences during World War II—from fighting off sharks to withstanding torture, both mental and physical, in a Japanese POW camp. I didn’t know how harrowing this reading experience was going to be, or I might not have elected to go through it. All I knew was that I was going to learn about someone else’s life, which intrigues me in and of itself. 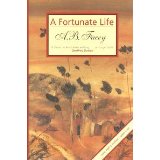 I had given the book to my younger brother, Jon, for his birthday in December, not really knowing yet what I was giving him. He had once recommended a memoir to me called A Fortunate Life by A. B. Facey (not Robert Vaughn’s book by same title), an extremely good read about a man’s youth and young manhood in turn-of-the-century Australia. It included the WWI Battle at Gallipoli. I returned the favor by giving Jon Unbroken.

Jon’s report back to me was favorable. So, when I started reading the book, I wasn’t really prepared for the depth of pain it would transmit. Hillenbrand did a good job of letting her readers know that Louis Zamperini wasn’t prepared for the depth of pain he would experience during the war. She created an excellent reading experience, transporting the reader to another place and time. The fact that I kept wishing the book would end even as I continued reading is testimony to Hillenbrand’s talent as a writer. If a biographical account is supposed to give you a feel for someone else’s life experience, her book did its job.